When using large accessories like an upgraded car stereo, you can often experience a strain on your electrical system.

Therefore, when you feel that other accessories are competing to extract the power they require, or when you see your headlights are significantly dimming, it is time for you to get a capacitor.

Before we begin about how you charge a car audio capacitor, it is crucial first to understand the basic idea.

A car audio capacitor is a non-powered device that stores electrical power temporarily. It comprises two electrical conductors (metallic plates) and a dielectric (non-conductor) separating them. 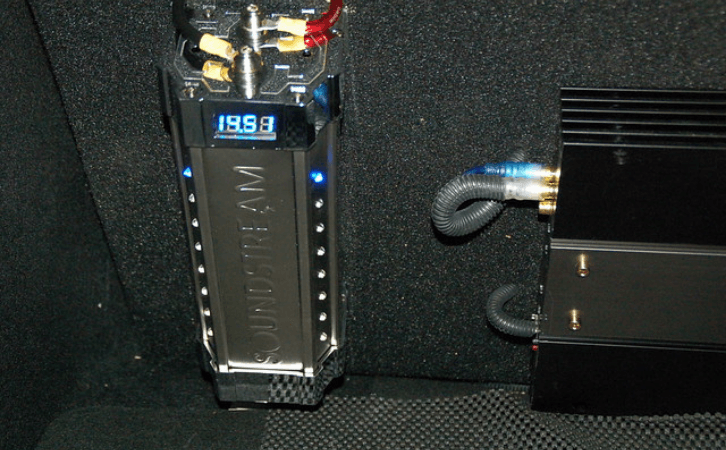 There are three kinds of car audio capacitors:

Moreover, every capacitor has a particular capacitance (the maximum amount of energy a capacitor can store).

A capacitor is normally installed near the amplifier to increase the efficiency of its performance. This position ensures that the voltage drop is reduced so that the entire electrical system performs normally.

A capacitor charges and discharges continuously. For a capacitor to charge, it must be positioned in a completed circuit which must involve a power source, a pathway, and a load. If the load is not included, the current will flow through a circuit, and the capacitor will not be charged.

A resistor adds a load to the circuit to ensure the capacitor can be charged. Next, connect the capacitor’s negative terminal to the ground chassis, but not in a similar place with the amplifier.

Also, a capacitor can be charged to the maximum battery voltage level. For instance, a normal 12v battery will charge the capacitor to not more than 12V, and it doesn’t matter whether your capacitor is 1F OR 18F. In most car sound systems, capacitors between 2F and 5F will be enough.

Having used and tested I recommend 3 of the best car audio capacitors below.

Why do you need a capacitor for your car’s audio system?

1. It stabilizes the voltage of the amplifier – car audio systems that have large wattage or several amplifiers require large currents from the car’s electrical system. According to the songs being played, the amplifiers may require short energy bursts, mainly during transient peaks. When you try to extract this current directly from the electrical system, a noticeable drop voltage is popularly known as voltage sag. This sag depends on the resistance of the wire connecting the battery and the amp. Therefore, a capacitor works as a standby to discharge and provide additional energy when the amplifier uses more current from the electrical system than the system can handle.

3. It keeps your headlights lit  – When car headlights dim, it is a sign that your power is reducing. Therefore, because a capacitor prevents the amplifier from extracting large amounts of power from the electrical system, you will have minimal situations of car light dimming. This allows you to blast your subwoofers all day and night long without worrying about the lights.

4. It hinders your music from weakening and flattening when playing heavy bass. Because the amplifier has support to produce power consistently, there is reduced sound distortion. Therefore, this property outlines why capacitors are related to improved transient response. They help the amplifier present better output even during high bass. 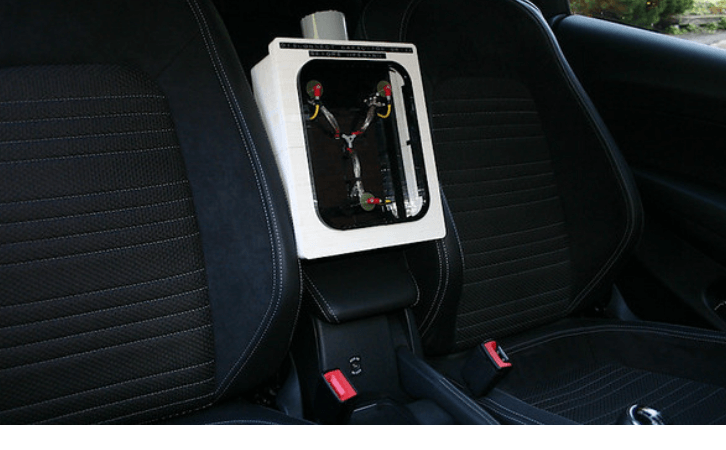 What is required to charge a capacitor?

There are a few main items that are crucial when connecting and charging a capacitor:

New capacitors are packages with a charging tool that is a simple plate with a resistor and four wires.

Moreover, it is crucial to note that you cannot connect the negative terminal to the audio system’s ground.

After following these steps, the capacitor begins to charge, and after several minutes, it will be ready to start supporting the sound system.

Like earlier mentioned, if you don’t have a resistor to complete the charging circuit, you can still charge the capacitor with a lightbulb.

To do this, you need extra items:

When you gather all the elements, follow the following steps:

How long does a capacitor take to charge?

A car owner with a busy schedule would like to know when a capacitor will take to charge. 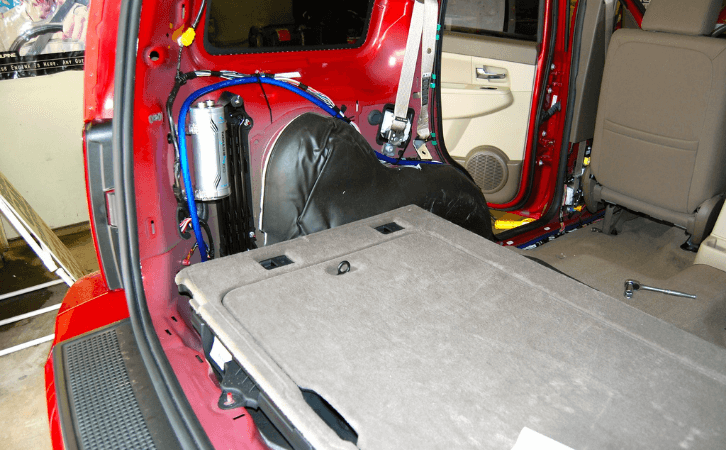 Can you tell if the capacitor is fully charged?

Are you worried that the capacitor is not fully charged?

To check if a capacitor is fully charged, look at the current value at its voltmeter screen.

However, there are multiple ways of telling if a capacitor is charged when there is no digital display:

In addition, it is vital to note that when the capacitor is fully charged and ready to be mounted in the car, it should have a voltage above 13V.

How many times can you charge a capacitor?

Because of mechanical factors caused by discharges, the components of capacitors, mainly those of high energy storage, happen to reduce with time.

What happens when the audio capacitor is not charging?

The capacitor may not charge if it is not a complete circuit. A circuit like that must have a source of power, load, and path for the current to go through.

Remember that a circuit load may either include a resistor or a test light bulb.

And lastly, if your capacitor is damaged, the best thing is to replace it.

To sum, no one wants to keep running to replace another car accessory now and the. However, some vital components in your vehicle could be faulty if the battery focuses on operating the audio system.

Nevertheless, it is crucial to be watchful when handling capacitors. Large capacitors can be harmful, especially when in short. Also, remember to discharge a capacitor before discarding it to the trash as it may start a fire.